In the performance, Print Over Voices (2013), Lloveras explores questions of power dynamics and communication as a tool to administer them. Defying common sense, she is positioned on a seesaw on which she is outweighed by a stack of El Nuevo Día newspapers. During the performance, Lloveras says and does nothing, likening the relation of her body to the newspapers to that of the individual and the imposing structures she or he is powerless to. This makes her indefinitely subject to the final word (via print) of governing bodies, rather than her voice being an influencing weight over the government. The lack of movement and sound renders the performance sculptural, and as a result the viewer observes it from a distance—the same and only way an individual may perceive the preordained power structures she or he is subject to—from a distance. 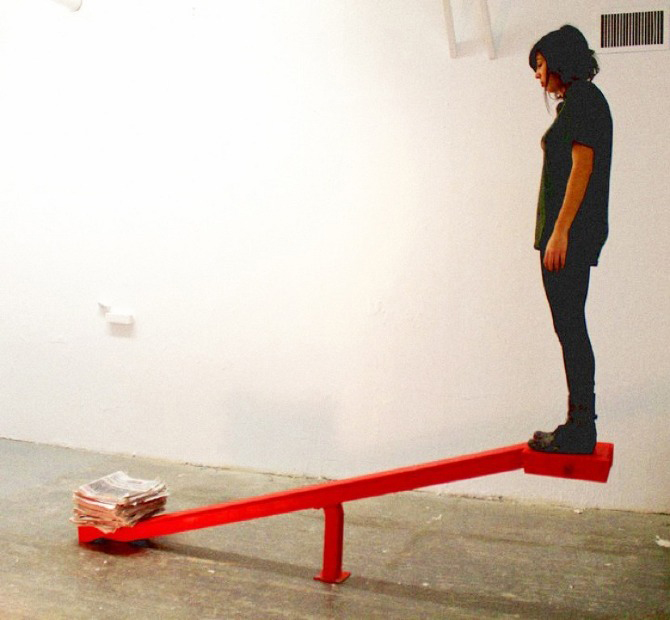