Something About Distance (2014) Oil on canvas
You Then Me Now (2014) Series of screenprints; Ink, paper, and plexiglass plate

Based on photographs, Something About Distance and You Then Me Now are works that emerged as part of Lloveras’ prolonging years away and its effect on memory. With drawing—a medium which requires intense observation and contemplation and whose result depends entirely on perception—as an essential tool, she depicts her brother as he was when she still lived in Puerto Rico. With a significant gap in age of six years, her brother was only 11 years old when she left; she proceeded to be mostly absent during many formative years, where they intersected during sporadic and brief moments in time. Depicting him as she remembers him from that time, rather than how he was when she was creating these pieces, examines relationships and family, and how these are altered by distance and time. Essential to Lloveras’ research in the psychology field as well, she further questions perspective by shifting it; in the series of screen prints she is looking at her brother, and in the painting she is looking at him look at her. With this an important part of perspective’s relationship to memory grows: it’s not only how you remember others, but also, how others remember you. 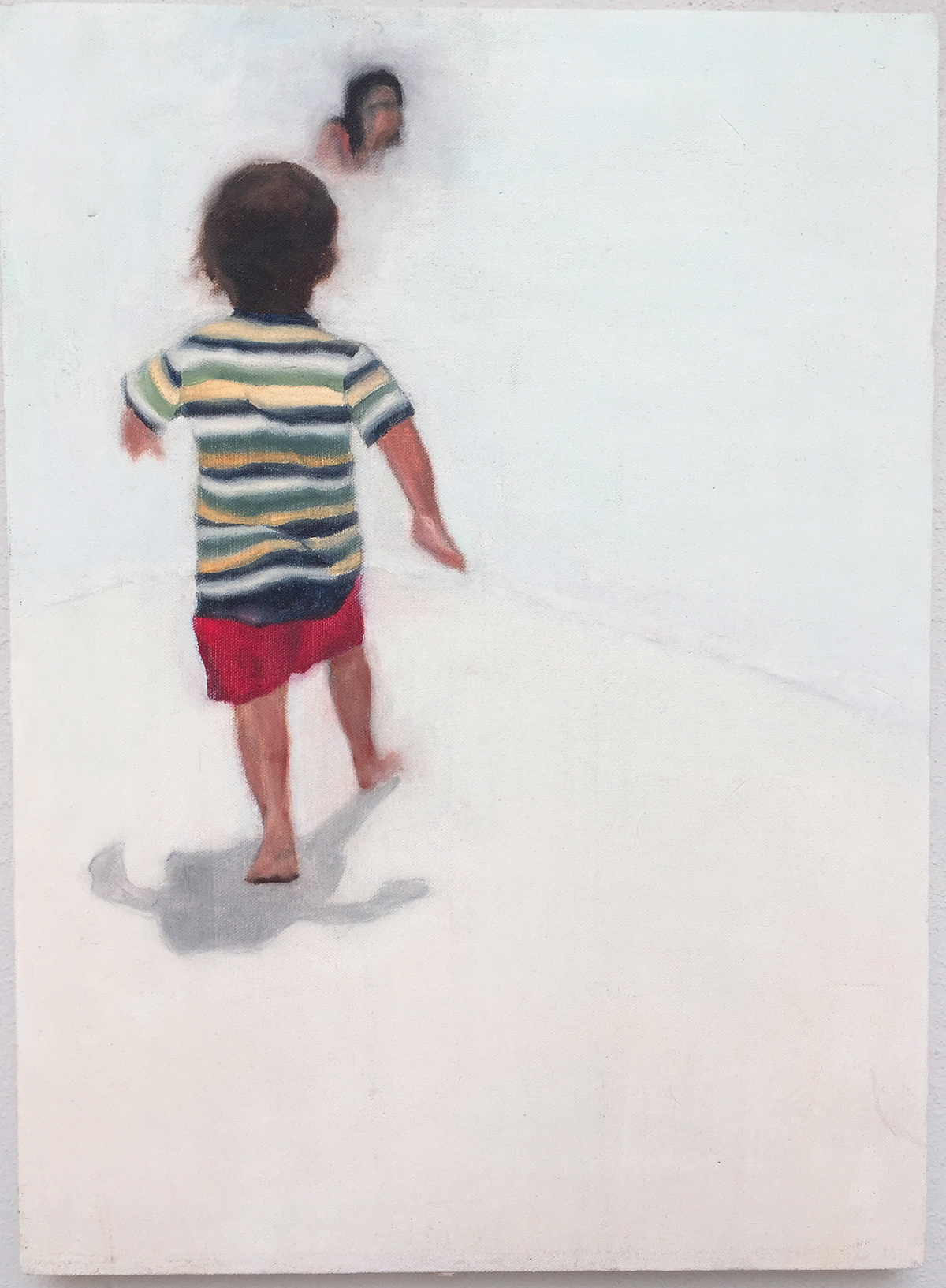 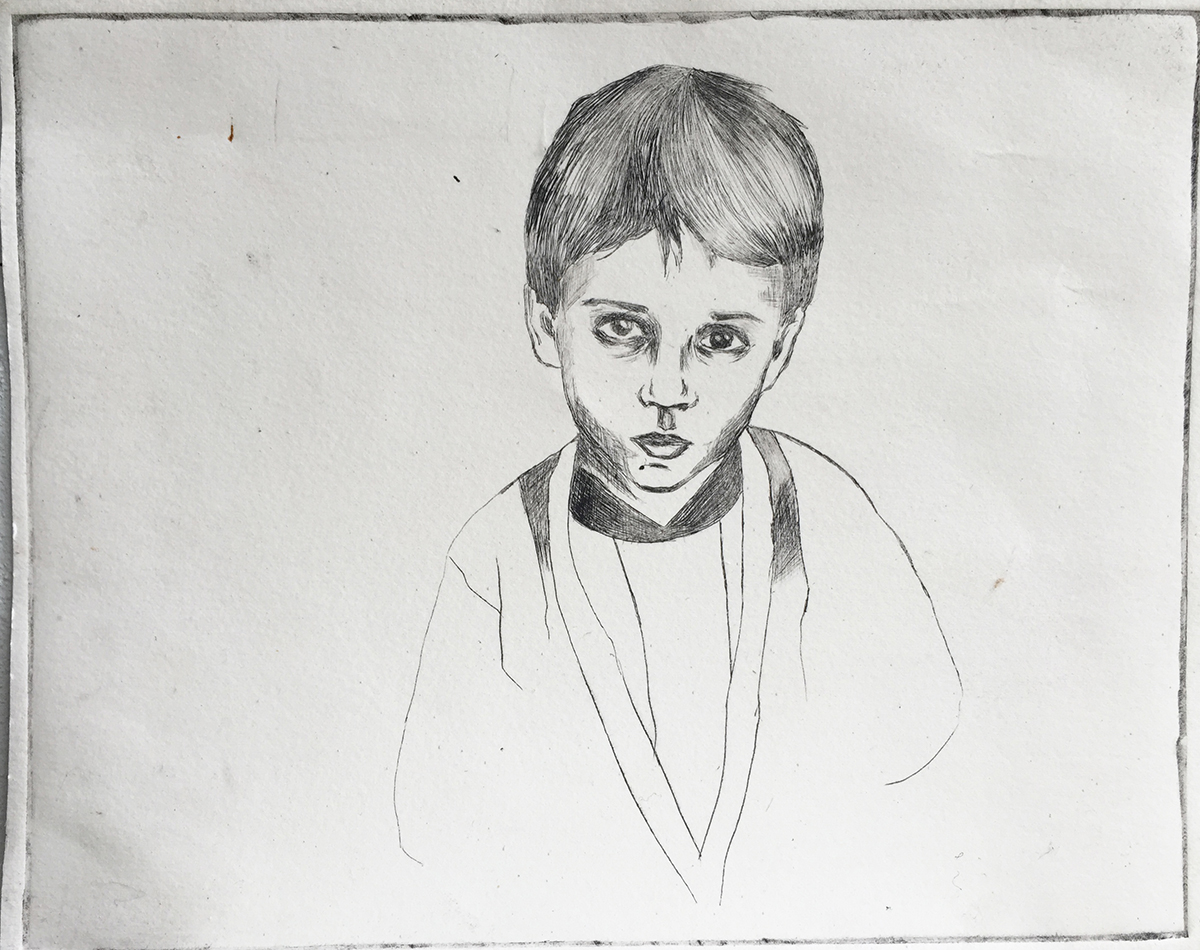